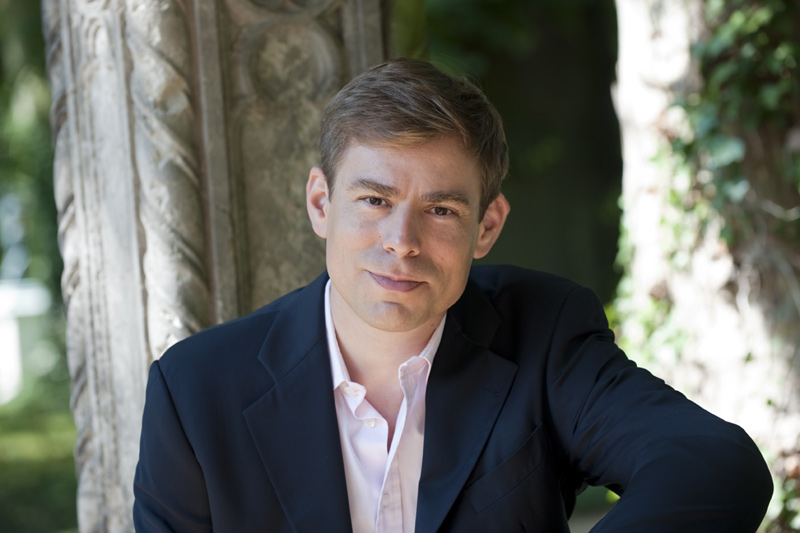 "The bass-baritone Hanno Mueller-Brachmann is an ideal Figaro: a youthful appealing actor, a singer with a firm, dark and exciting voice."

„Müller-Brachmann is a rising star in Germany, and with good reason; his sonouros, flexible bass-baritone communicated every single word.”

"The Guardian" writes about his interpretation of Gustav Mahler’s “Lieder aus des Knaben Wunderhorn” with the London Philharmonic Orchestra under Vladimir Jurowski.

"Die Presse" comments his song debut in the big hall of the Viennese Concert Hall together with Andreas Schiff.

His song debut at the Berlin Philharmonie he gave with Malcolm Martineau. At his song debut in the London Wigmore Hall András Schiff was his partner.
Further important partners on the piano were Hartmut Höll, Hendrik Heilmann, Philippe Jordan and Daniel Barenboim.

It was Daniel Barenboim who integrated the then 27-year-old student in the ensemble of the Berlin State Opera “Unter den Linden”. In his 13 years’ membership he was singing the big Mozart parts under Barenboim’s management, but also Orest (Elektra), Amfortas (Parsifal), Escamillo (Carmen) or Wotan (Rhine gold).
Under Michael Gielen and Sir Simon Rattle he there vocalized Golaud (Pelleas et Melisande). Furthermore, he could work here with Gustavo Dudamel, Sebastian Weigle and Philippe Jordan. Guest contracts followed in the operas of San Francisco, Madrid, Sevilla and Modena as well as in the State Operas of Vienna, Munich, Hamburg and the Scala in Milan. With the Cleveland Orchestra he celebrated successes as Golaud and music teacher (Ariadne) under Franz Welser-Möst.

Educated as child in the Knabenkantorei Basel, Hanno Müller-Brachmann was very early sought after as a concert singer: The Rias-Kammerchor under Marcus Creed, the Collegium Vocale Gent under Philippe Herreweghe or the Monteverdi Choir under Sir John Elliot Gardiner were his partners.

He gave his debut in the New York Carnegie Hall in 2000 in Elliott Carter's American premiere of the opera "What next" with the Chicago Symphony Orchestra under Daniel Barenboim. He had premiered this piece in the Berlin State Opera before. Another debut performance was Pascal Dusapin’s opera “Faustus – the last night” at the Berlin State Opera as well as a song cycle of Manzoni on the occasion of Claudio Abbados’ 75th birthday at the Berlin Philharmonic Orchestra. In March 2017 he launched Wolfgang Rihm’s “Requiem-Strophen” with the Symphony Orchestra of the Bavarian Broadcasting under Mariss Jansons in Munich and Lucerne.

Today the bass baritone can look back on musical experiences with the leading orchestras in Berlin, New York, Boston, Chicago, London, San Francisco, Madrid, Shanghai, Tel Aviv, Munich, Lisbon, Cleveland, Paris, Zürich, Los Angeles, Milan, Dresden et al. He has been a guest at several international festivals in Salzburg, Florence, Aix, Munich, Berlin, Beijing or Edinburgh, at the Schubertiade in Schwarzenberg and the BBC Proms. Award-winning CDs and DVDs document his work. In 2018, a CD was awarded with the ‚Opus Klassik‘ lastly containing works of Rudi Stephan published by Sony. With Hendrik Heilmann on the piano he will debut in 2020 at the legendary Chamber Music Festival Lockenhaus in the Austrian Burgenland.

Highlights of the 21/22 season include his debut with the National Symphony Orchestra in Washington D.C. under Gianandrea Noseda, Dvorak's "Stabat mater" with the Orchestre National de France under Christoph Eschenbach and Webern's Kanatate No. 2 with the Ensemble Intercontemporair under Matthias Pintscher in Paris or songs by Hugo Wolf with the Bavarian Radio Symphony Orchestra under Iván Fischer in Munich.

Hanno Müller-Brachmann studied in Freiburg with Ingeborg Most and in Mannheim with Rudolf Piernay. In Berlin he attended the song class of Dietrich Fischer-Dieskau. Three first prices at national competitions in a row (Bundeswettbewerb Gesang in Berlin and Meistersingerwettbewerb Nürnberg) and subsequent successes in international competitions (ARD competition in Munich and ‘Neue Stimmen’ in Gütersloh) mark the beginning of his professional career.
Today he lectures as a professor for song at the Hochschule für Musik in Karlsruhe.
The triple father is a juror for international competitions and is strongly committed to the preservation and improvement of musical education in Germany. For example, he is chairman of „Cantus Juvenum Karlsruhe e.V.“, a society, where about 170 children are individually trained and can be heard either in boys‘ and girls’ choir or as soloists in the churches of the city, the Baden States Theatre, the Festival Hall Baden-Baden or lately in the Berlin Philharmonics.